Sharif University of Technology School of Computer Engineering
Sign In 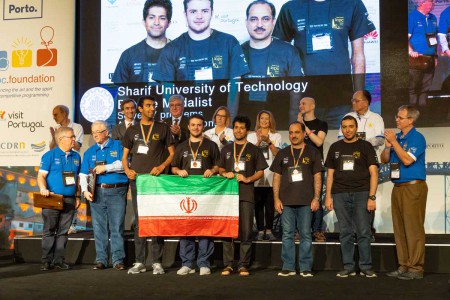 The International Collegiate Programming Contest is an algorithmic programming contest for college students. The contest dates back to 1970 when the first competition was hosted by pioneers of the Alpha Chapter of the UPE Computer Science Honor Society. The initiative spread quickly within the United States and Canada as an innovative program to raise increase ambition, problem-solving aptitude, and opportunities of the strongest students in the field of computing. Over time, the contest evolved into a multi-tier competition with the first championship round conducted in 1977. Since then, the contest has expanded into a worldwide collaborative of universities hosting regional competitions that advance teams to the annual global championship round, the ICPC World Finals. The International Collegiate Programming Contest (ICPC) is the premier global programming competition conducted by and for the world’s universities. The ICPC is affiliated with the ICPC Foundation and is headquartered at Baylor University.

The 2019 World Finals was held in Porto, Portugal, March 31 – April 5, 2019, hosted by University of Porto. 135 teams from around the world participated in the final round, following the regional contests between more than 17000 teams from 3200 universities. At the final stage of the tournament, Sharif University of Technology succeeded in joining the top 10 teams overcoming its powerful rivals from world-famous universities as Princeton, Harvard, Oxford, St. Petersburg, Stanford and CMU.